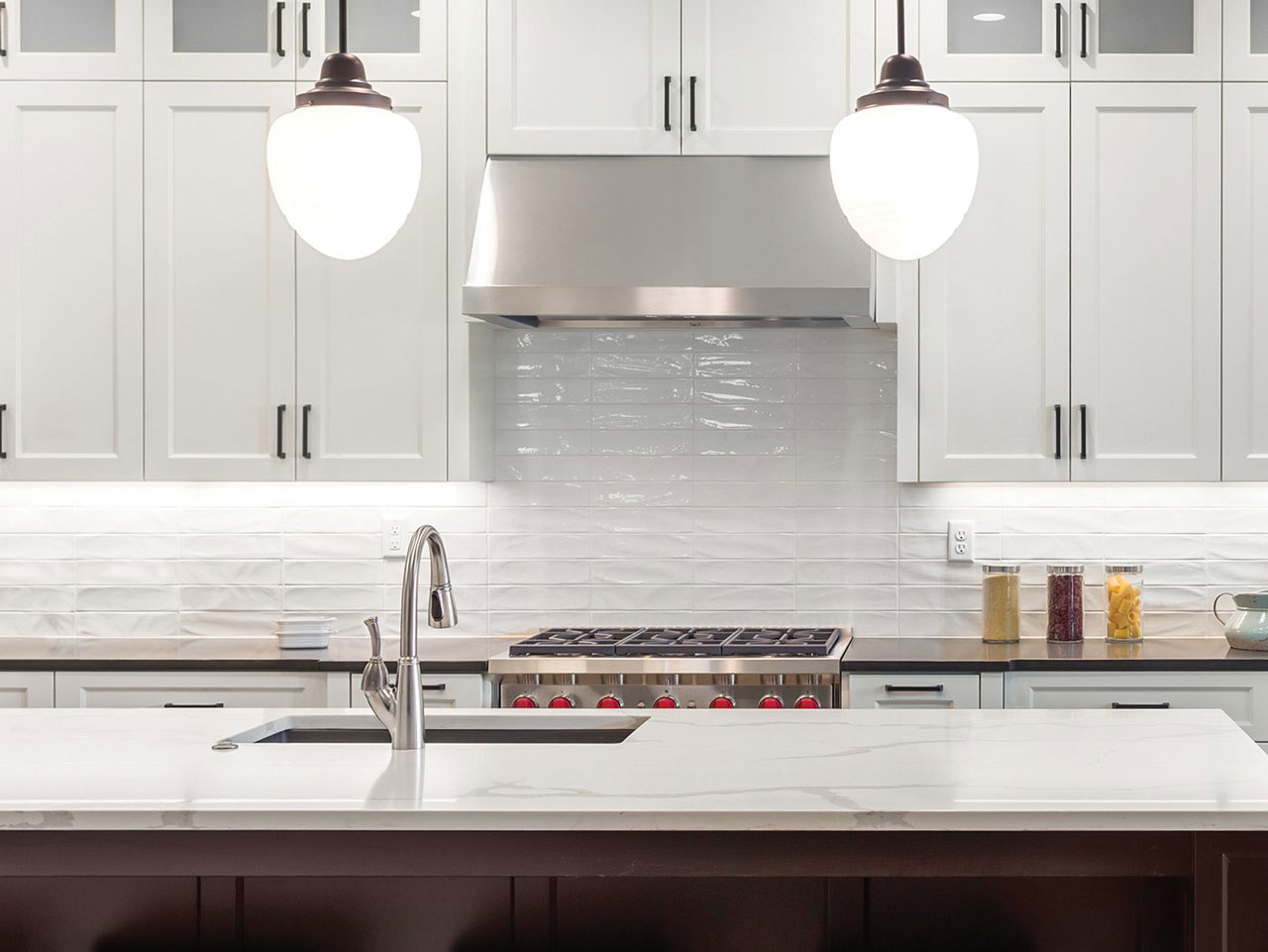 Ceramic Tile creates beautiful, durable surfaces that will last for the life of your home and are the most common materials used for bathrooms. Ceramic Tiles are impervious to water, and, with all the colors and designs available, there is surely one which suits your home’s overall décor and your personal preferences. Using time-tested design concepts will maximize aesthetic appeal.

Subway tile has been a staple since 1904 when designers La Farge and Heins used it in the New York City subway in an effort to create pristine, bright stations. It originally gained popularity because subway tile is easy to clean and stain-resistant. It became popular in public bathrooms and commercial kitchens. Before long, the utility of subway tile was recognized by homeowners and began appearing in homes as well. Over the years, subway tile backsplash has become a style standard because of it’s versatility and affordability. They come in many different colors, sizes, and can be arranged in many patterns. Subway tile cab be made of ceramic, porcelain, glass, and even natural stone and offered in a wide variety of finishes and sizes.

Mosaic Tiles have been around for several thousand years and are a key design element on some of the most famous buildings in our history. The rising popularity of non-traditional tile products has led to an increased demand for mosaics. Whether using iridescent or clear glass by itself or combined with mixed metals or woods, Mosaic Tiles are ideal for creating vibrant accents in  shower walls, tub surrounds, and kitchen bath splashes.  They are available in a wide variety of textures, colors, sizes, and prices.

We're not around right now. But you can send us an email and we'll get back to you, asap.